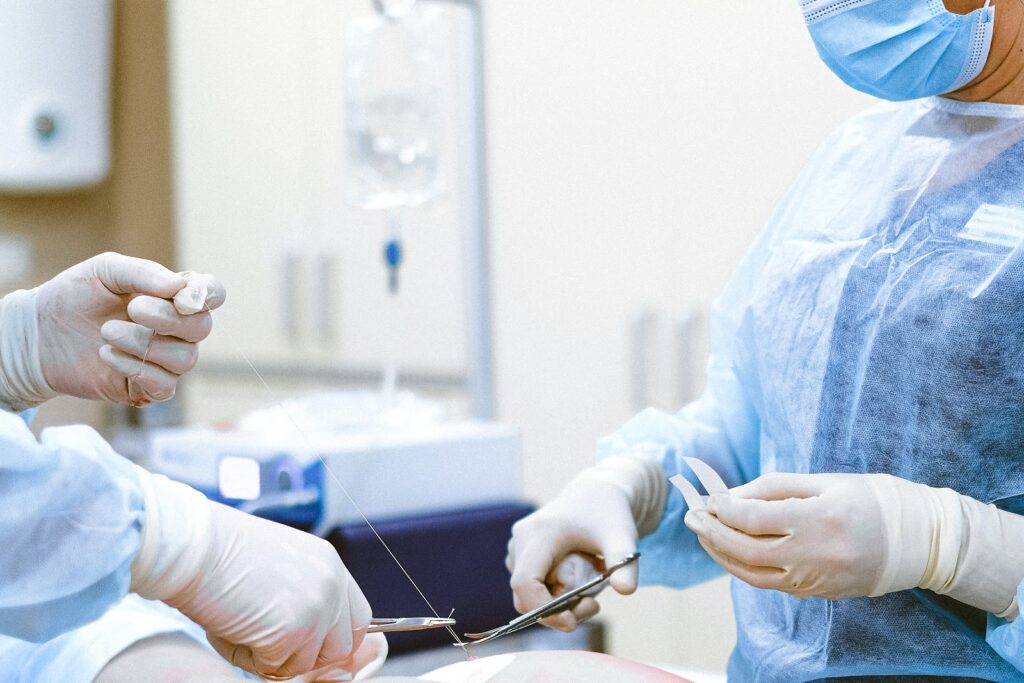 CoolSculpting vs. Liposuction: How Do I Decide

Sometimes it seems that no matter how much you exercise or how well you eat, you can’t seem to get rid of those stubborn areas of fat around your hips, buttocks, stomach, and chin. Before you give up on your body transformation journey, consider another solution: cosmetic surgery.

But what if you don’t even need to have surgery to get rid of those pesky fat cells? It’s true! There are two different options that can help you effectively eliminate extra fat, improve your figure, and boost your confidence — CoolSculpting and liposuction.

Read on to learn more about these different procedures and how to decide between them.

CoolSculpting, also known as cryolipolysis, is a non-surgical cosmetic procedure that’s able to remove extra fat cells from your body without surgery. This procedure is non-invasive and uses cold temperatures to treat affected areas rather than using scalpels and sutures. It involves using a special tool that targets specific areas with freezing temperatures in order to freeze the fat cells underneath your skin.

Non-invasive fat reduction procedures such as CoolSculpting increased 3% from 2018 to 2019, with more than 386,000 procedures being performed in 2019.

So clearly, CoolSculpting is popular, but how and why does freezing work? By freezing fat cells, they soon die off and are naturally eliminated by the body through the liver. This method is most effective in removing fat cells from the areas around the chin, thighs, abdomen, and waist.

Results from CoolSculpting often aren’t immediate. Instead, you should expect to see initial results within a few weeks of the procedure and the final results after a few months. It’s also important to note that you may need more than one session of CoolSculpting in order to achieve your desired results.

Liposuction, on the other hand, is a surgical cosmetic procedure that is the second-most common cosmetic surgery in the United States with more than 265,000 procedures performed by board-certified surgeons in 2019. This number is a 3% increase from the previous year according to the American Society of Plastic Surgeons. Second only to breast augmentations in sheer numbers, this procedure is an extremely popular way to eliminate excess fat.

Liposuction is more invasive than CoolSculpting and involves anesthesia (either local or general) and small incisions. A small suctioning tool called a cannula is inserted into the incisions to essentially suck out excess fat. Liposuction is used to target fat in areas that haven’t been responsive to a healthy diet and regular exercise. Some of the most popular areas of the body for liposuction include the abdomen, upper arms, buttocks, hips, thighs, and chin. This surgical procedure can last up to a few hours, depending on the specific areas being treated.

Who Are the Ideal Candidates?

The first step to deciding between CoolSculpting and liposuction is determining whether or not you’re an ideal candidate for both procedures. As previously stated, both procedures are a great way to get rid of excess fat, but they aren’t necessarily safe for everyone. For example, people with blood disorders should avoid CoolSculpting procedures to prevent serious complications. Furthermore, people with heart problems, blood clotting disorders, and pregnant women should avoid liposuction procedures to prevent serious complications.

for early recovery and then 6-8 months for the last bit of swelling.  You should expect to experience things like swelling, bruising, numbness, and pain around the treated areas in the weeks after the procedure. Most patients need to take a week off of work to rest and heal after the procedure.

On the other hand, CoolSculpting is a non-invasive procedure that thankfully involves little to no recovery. In fact, most patients can immediately return to their normal activities after the procedure with no need to take off work. That being said, there are some common side effects of the procedure to consider, including aching, pain, stinging, bruising, redness, skin sensitivity, and bruising.

During recovery for both procedures, it’s important to remain patient and realistic about the results. While liposuction can provide immediate results, it often takes several months to one year after the surgery to see final results as the body continues to make adjustments. CoolSculpting offers more gradual results that may require more than one session. At the end of the day, these procedures are not designed to eliminate 100% of your body fat, instead focusing on smaller amounts in targeted areas that can still make a big difference in your body and confidence with the right mindset.

How to Decide Between CoolSculpting and Liposuction

A lot of information has been presented about CoolSculpting and liposuction so far that can get a little bit confusing and overwhelming. So let’s really break it down so that you can get a better idea of which option is best for you:

Situations where CoolSculpting may be the better option:

Situations where liposuction may be the better option:

Depending on your geographical location and your specific doctor, CoolSculpting and liposuction costs may end up being about the same. While CoolSculpting may seem to be the cheaper option initially, the fact that you will probably need to have multiple sessions really drives up the cost. If cost is a concern, be sure to get actual quotes before you decide to go with CoolSculpting simply to save money.

How to Choose the Right Surgeon

If you’re still having trouble deciding between CoolSculpting and liposuction to get rid of stubborn areas of fat, it’s definitely a good idea to speak with a plastic surgeon. By scheduling a consultation with a plastic surgeon, you can discuss your goals and expectations for the surgery and reservations and potential complications. An experienced plastic surgeon will be able to advise you on which option would best work for you.

However, it’s not enough to just be experienced: You also need to look for a plastic surgeon who keeps up with the advancements and innovations within a constantly changing field. Dr. Applebaum doesn’t just keep up with innovation — he drives it through research and publications. As a result, he is able to achieve natural results for his patients by using non-surgical and minimally invasive technology to eliminate the need for unsightly scars and painful recovery periods.

But don’t just take our word for it! Be sure to check out patient reviews and testimonials for every surgeon you’re considering. Dr. Applebaum’s testimonials speak for themselves with a 4.99-star rating based on 134 patient reviews. Dr. Applebaum has been able to maintain superb patient satisfaction levels thanks to his commitment to the selection of proper surgical candidates, developing strong doctor-patient relationships, and combining science with art in the field of plastic surgery to obtain the best possible results for every single one of his patients.

As you can see, both liposuction and CoolSculpting are effective ways to remove stubborn areas of excess fat that you haven’t been able to eliminate through regular diet and exercise. If you are looking to remove large amounts of fat and want immediate results, then liposuction may be the best option. On the other hand, if you want a more targeted and gradual approach that’s less invasive, then CoolSculpting can help you achieve your desired results.