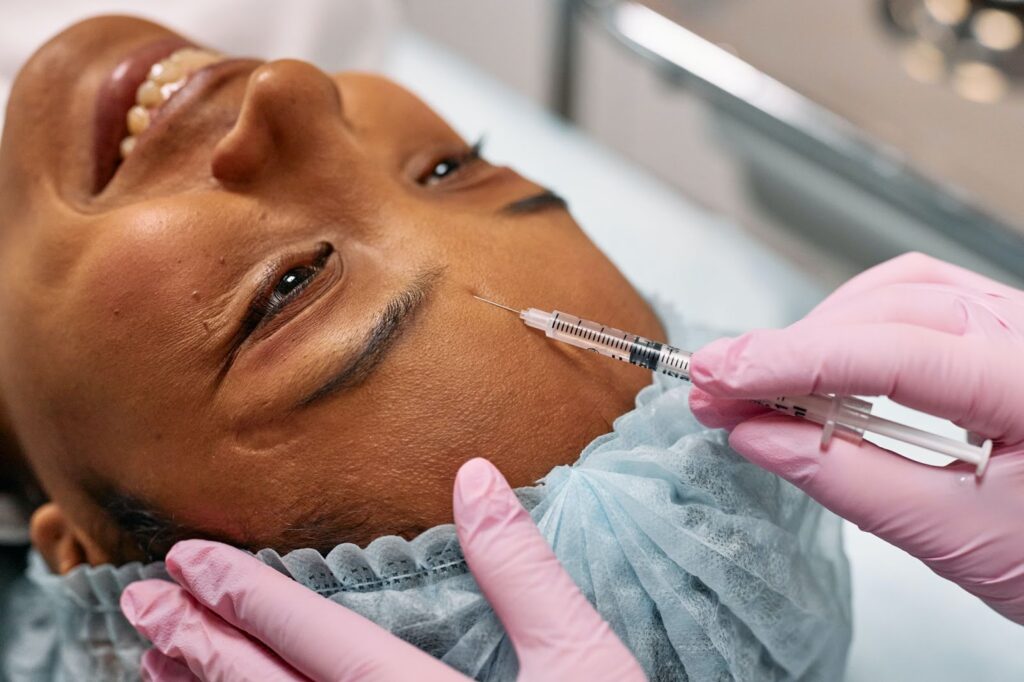 Dysport vs. Botox: Which Is Safer?

Botox is probably the most well-known injection out there, but you may also want to consider Dysport. Both of these injections can effectively reduce the appearance of facial wrinkles but are they safe? Here’s what you need to know about these treatment options to choose the best one for you:

Dysport is a botulinum toxin injection that blocks nerve signals to the muscles within a targeted area. Dysport has been used in Europe since 1990 but did not receive FDA approval for use in the United States until 2009. This injection is primarily used to treat moderate and severe wrinkles that appear in the glabella or eyebrow area.

Pros and Cons of Dysport

Like any treatment, there are both pros and cons to choosing Dysport injections to treat your facial wrinkles.

Here are some of the different factors that you should consider to make the best choice:

Botox is also a botulinum toxin injection that temporarily paralyzes the muscles in the treated area. Botox has been used for decades in the United States after receiving FDA approval back in 1991.

This injection can be used to reduce the appearance of mild, moderate, and severe wrinkles. It is also approved to treat several different areas, including the forehead, corners of the eyes, and between the eyebrows.

Pros and Cons of Botox

Let’s compare some of the pros and cons of Dysport with those of Botox to get a good idea of what each product has to offer:

Are Botox and Dysport Safe?

The good news is that both Botox and Dysport are totally safe and FDA-approved to treat wrinkles. That being said, any medical treatment comes with the risk of unintended side effects — Dysport and Botox are no exception.

Both Dysport and Botox come with a slight risk of botulinum toxicity — which occurs when the injection spreads to another part of the body. Some of the signs of botulinum toxicity include things like droopy eyelids, facial muscle weakness, muscle spasms, and difficulty swallowing, eating, breathing, or speaking. If you have any of these signs, seek emergency medical treatment right away.

Some of the most common side effects of Botox include redness, swelling, bruising, discomfort, numbness, and headache. These side effects should go away within a week. A more serious and rare side effect of Botox is paralysis which may be permanent.

Which Option Is Best for You, Dysport or Botox?

So based on everything that we’ve discussed so far, how can you determine whether Botox or Dysport is the right treatment option for you? You need to consider which areas of your face you want to treat and the severity of your existing wrinkles.

If you want to target severe lines around your glabella, then Dysport may be ideal for you. On the other hand, if you’re looking to treat more minor lines on your forehead area, then you should probably choose Botox.

Perhaps the best way to determine which option is best for you is to speak with a qualified and experienced medical professional.

Where to Get Dysport or Botox?

While you may be able to get Dysport of Botox injections at places like medspas, this procedure is best performed by a well-trained plastic surgeon. This is because board-certified plastic surgeons spend years learning about the anatomy and makeup of the face so that they can properly inject each drop into the right area.

Additionally, plastic surgeons may be able to help you determine the best course of treatment — potentially suggesting treatments outside of Botox or Dysport that can help you achieve your desired results.

For instance, you may not be able to treat your severe wrinkles or sagging skin with injections alone. Instead, you may want to consider a surgical procedure to eliminate and lift sagging skin for a more youthful appearance.

No matter what types of procedures you’re interested in, you should always consider the experience and testimonials of the provider you choose. Dr. Applebaum has almost 30 years of experience as a board-certified plastic surgeon in Beverly Hills and has amassed tons of glowing patient reviews during that time.

Final Thoughts on Dysport and Botox

If you’re still struggling to choose between Dysport and Botox to get rid of your stubborn wrinkles, feel free to reach out to Dr. Applebaum for a complimentary consultation — either in-person at our Beverly Hill office or virtually.